This was a weird project I put together as part of my costume for the last Production I was in at Northwood. 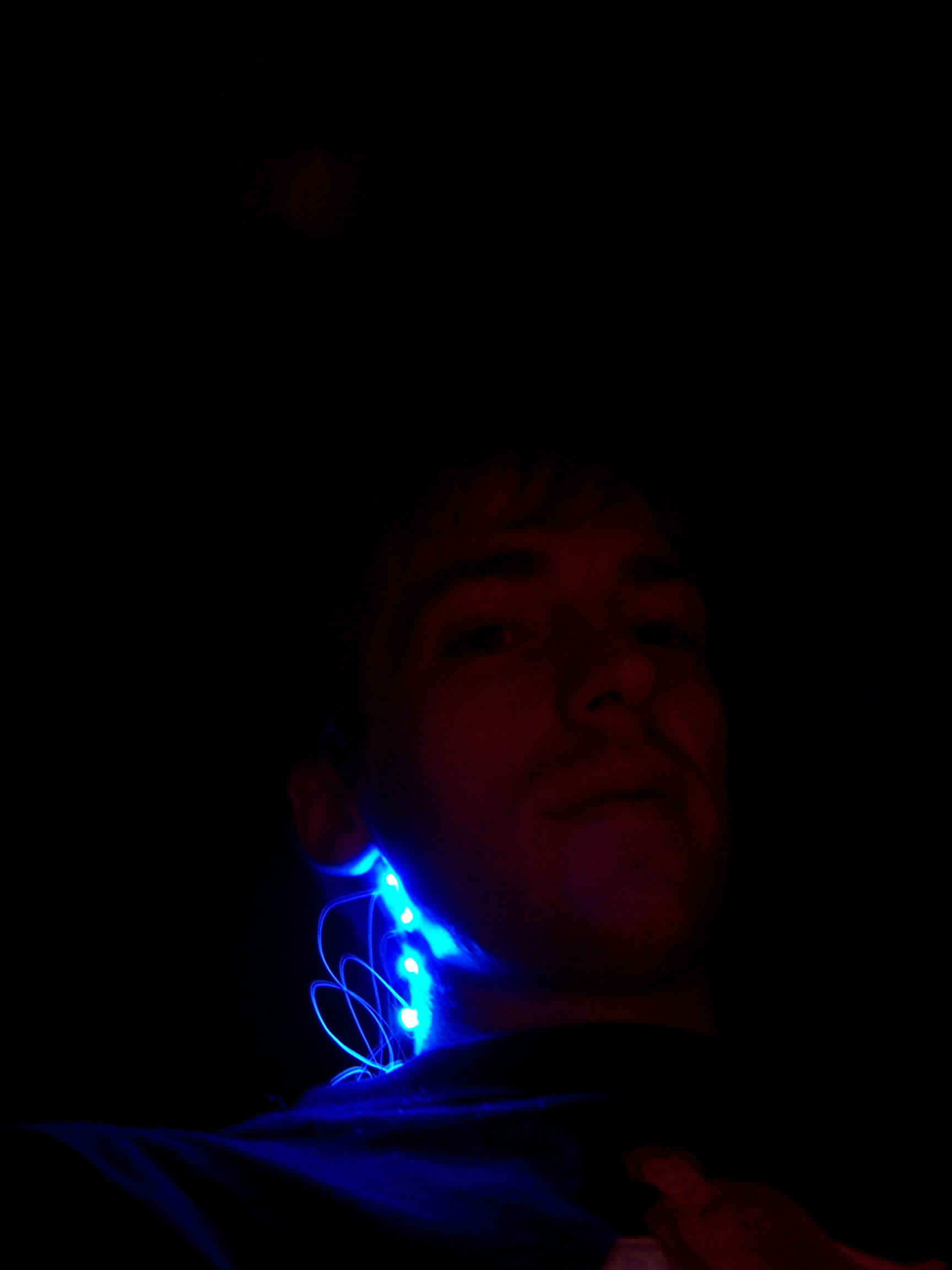 There was four Leds. Three were blue surface mount leds and the fourth was a rainbow led. I used an Atmel tiny microcontroller to smoothly fade the rainbow led through blends of the green and blue led within. I looked pretty wicked in the dark.

Mom and david brown used tons of crazy glue to attach each led to my neck. The wire was white wire wrap wire.